The header format will be the following:

The same file used for exporting users can be used as template for importing the users in the system. In that case, is important to meet the following conditions:

The following table tries to summarize the meaning of each column and the possible values. 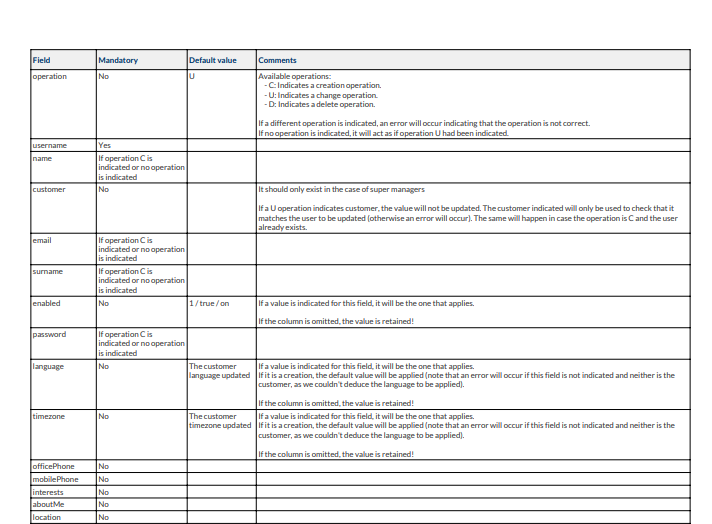 The peculiarities of each operation must be taken into account in order not to make mistakes:Operation D does not need more information than username, since that is enough to know which user to remove, and it will remove it from all the platforms where it exists.

Looking at the import trend, we are going to give margins associated with risks of being interrupted by the duration of the imports themselves.

The fragmentation of the csv following the indicated instructions is strongly recommended. If you follow these guidelines, you will get a better optimization of the resources available on your platform.